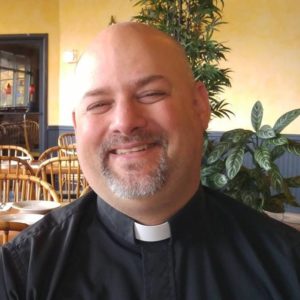 Scott Michael Rassbach was born and raised in the wilds of Wisconsin, among lumberjacks, farmers, hunters and fishermen. His early years taught him the ways of nature and the land. From these earthy beginnings, he developed an abiding interest in the esoteric, religious, and mystic topics of the world.

He has taken and is pursuing degrees in Freemasonry, Martinism and the Ordo Sacrae Flammae. He’s also something of a scholar on Philip K. Dick, having studied him extensively in college while attaining his Bachelor’s of Science from UW-Madison. He is an avid reader,  writer, and poet.

He was ordained a priest in the Apostolic Johannite Church on April 7, 2007, and is currently serving as the Rector of Rose Cross Community in the Portland metro area, Prefect for the Congregation for Liturgical Rites and serves as the Episcopal Vicar for His Grace Mar +Thomas and Director of Communications.  He is currently working on editing the new edition of the AJC sacramentary, the lectionary, and various other works.

Msgr. Scott M. Rassbach resides on a farm in Amity, OR with his beloved family.

Jason Htet Campbell grew up in Burma (now also known as Myanmar) before moving to the Pacific Northwest to receive a liberal arts education at Reed College. During college, he found and fell in love with the loving Johannite community in Portland as well as its contemplative practices. Being raised a Buddhist, he finds it really intriguing to discover similarities as well as subtle differences between Buddhist and Gnostic outlooks.

He is currently enrolled as a student at St. Raphael the Archangel Theological Seminary, and was ordained as a deacon in 2016. He is assisting Msgr. Rassbach in creating a vibrant, active, and fun community in the Portland area. He is called to serve college youth and LGBTQ+ populations in particular.

Constance Crain is the essential person in creating a beautiful sanctuary and adorning our Holy Table.

She has always been fascinated by the study of religious history and pursuing the esoteric and arcane paths those explorations have led to. She’s been a long time member of the Hermetic Society and enjoys visiting the Theosophical Society here in Portland where an aunt was a founding member. She found Gnosticism to be a good fit, not only appreciating the intellectual freedom and the beauty of the communion service, but drawn to their high esteem for the Divine Feminine.